A bombing, a greenhouse, and political dissatisfaction: together, they might set the scene for a run-of-the-mill crime novel. This, however, was no dime-store rag, but a very real list of circumstances for the events that unfolded on February 12, 1969. Carl Herrick’s Greenhouse, once located at 8935 Ravenna Road (currently Kollman’s Greenhouse), was rocked when a strategically placed stick of dynamite tore through the glass and greenery. 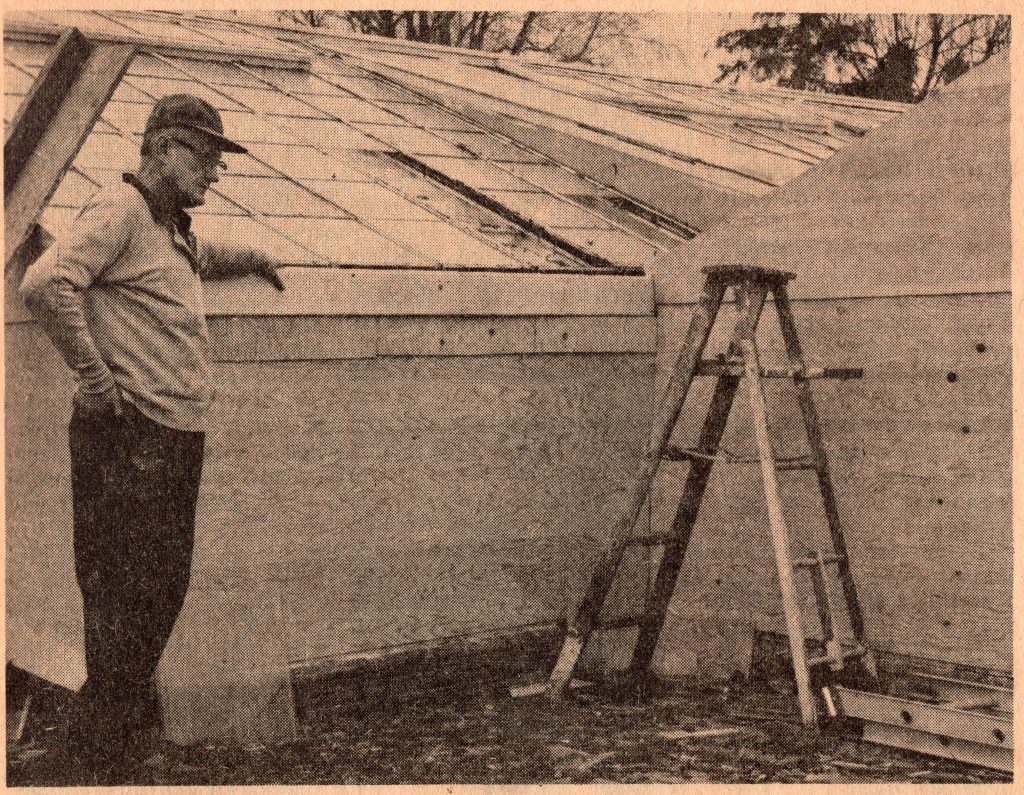 Carl Herrick, greenhouse owner and operator, stands feet away from where a stick of dynamite ripped through

“At approximately midnight last Wednesday, a bomb was placed at the base of the front wall of Carl Herrick’s Greenhouse. Mr. Herrick didn’t hear the dynamite explode. At 2:00 a.m. he was awakened by an alarm from the greenhouse indicating that the temperature was dangerously low. The glass windows covering the front wall of the greenhouse had all been blown out, and the freezing winds had killed all the vegetation within 15 feet of the wall. Friends worked with Herrick through the night to cover the wall so that no greater loss would be suffered. Most speculated that Herrick, a Twinsburg Township Trustee, was the target of this destructive action because of his views on annexation. Mr. Herrick doesn’t know. He feels that the only enemies he has are political, and he doesn’t feel that his political enemies would stoop so low.”

Reports from the Twinsburg Bulletin indicated that Carl Herrick’s views on further secession and annexation, pertaining to Twinsburg Heights and the Township, could have sparked the greenhouse bombing. No suspects were apprehended in connection with the bombing, and no additional violence against plants was reported.