Sunday, November 5, 2017. Hundreds were without power after 105 mile per hour winds came through the area. The cause? A microburst- a downdraft caused by a thunderstorm. One day later, over 23,000 people were still without power in the Northeast Ohio area. 9,107 people in Twinsburg alone had reported outages from the storm. At least 5 electrical poles were damaged as well as multiple homes in the area.

In the days following, The Twinsburg Public Library became a safe haven, providing respite for those suffering from the storm. Patrons filled chairs and even lined the hallway floors while charging their electronics in any available wall outlet they could find. Others took advantage of the library as a warming station. The library provided coffee and hot water for those who needed it. 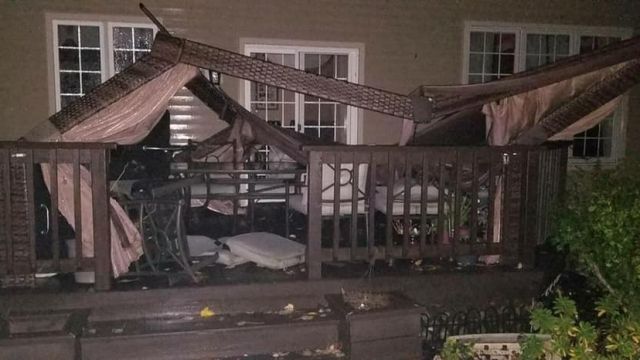 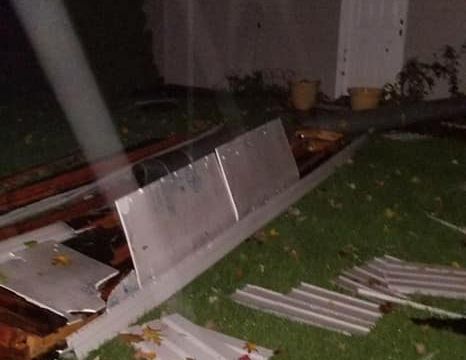 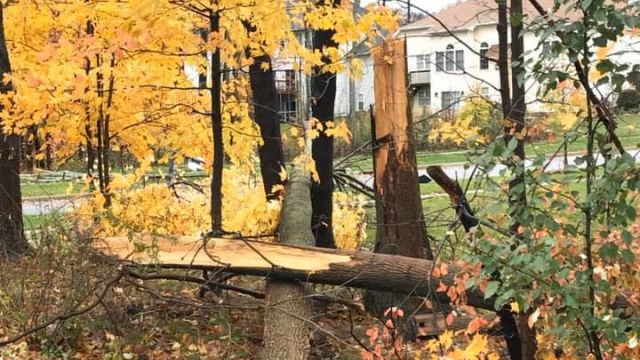 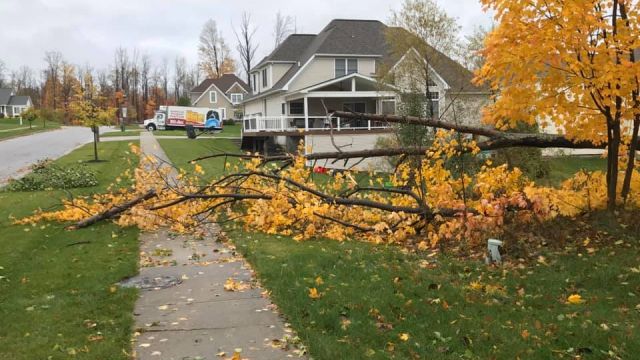 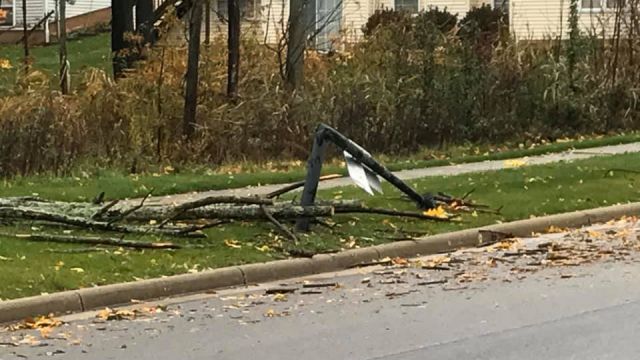 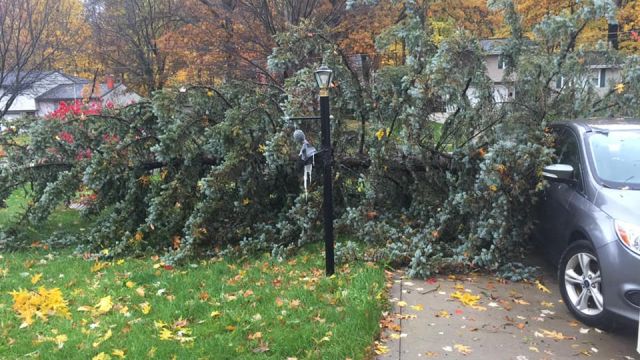 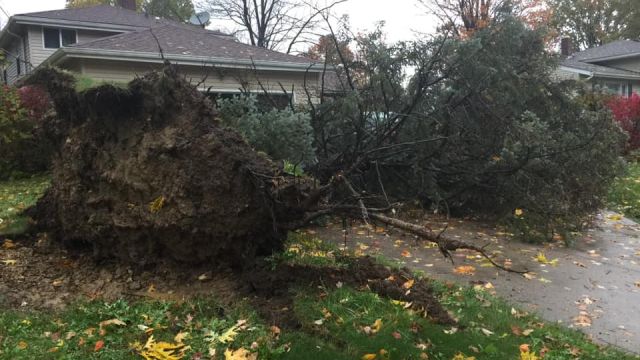 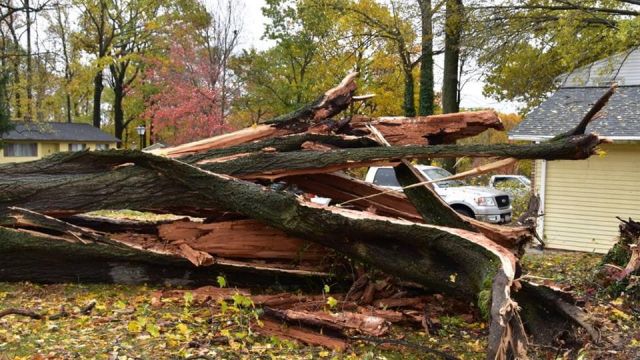 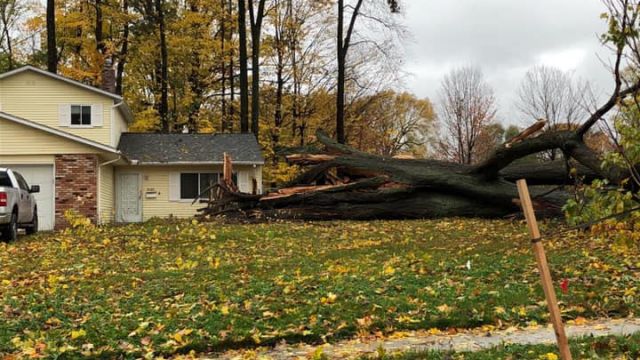 Tree wreckage near the house on the corner of Laurel and Conrad. Luckily the large tree did not hit anything and caused no damage to the structure. Image from Lisa Thomas Mercurio 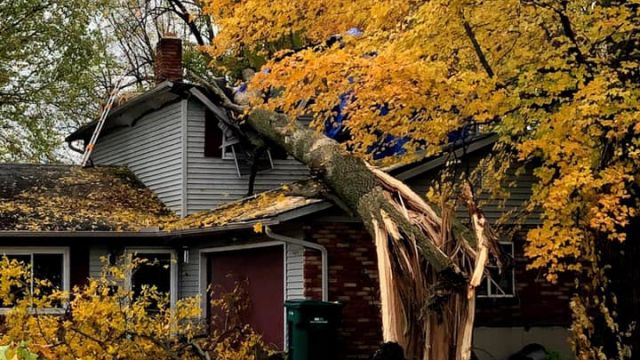 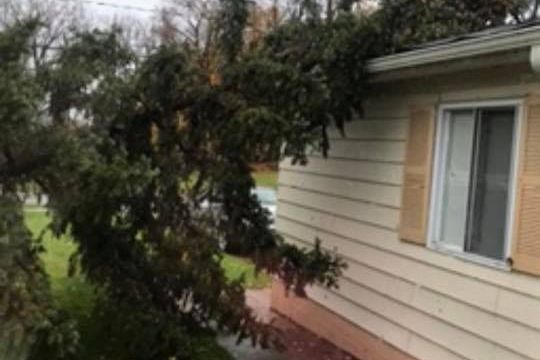 Image from Sarah Mencini
Prev
Next
Posted in Disasters, Police and Fire.