Mount Olive Baptist Missionary Church has enthusiastically been serving the spiritual needs of the Twinsburg Heights community for over 85 years. Within the three communities only the Twinsburg Congregational Church has a longer continuous history.

Not long after the Heights was established as an African American community within Twinsburg, a small group of residents met to form what would eventually become Mount Olive Baptist Church.

The small group, meeting in the home of John and Emma Mckinney, first organized themselves on May 25, 1932. The group included the Mckinneys, Hiram and Betty Studevant, Louise and Blanch McDonald, acting secretary Christine Golden and Rev. Wilder, who served as the initial chairman.

The congregation held their services in the Mckinney’s home until April 16. 1933 when they relocated to The Church of God in Christ on Eaton Street, where they continued to meet for the next year.

In 1933 though, Charles Brady of the Ravenna Building Co and the developer of Twinsburg Heights, had promised a church to the first minister who purchased a home in the development. Rev. John Ribbins, previously of Cleveland, purchased a home in early 1934 and was awarded a lot on the current church site at the corner of Oxford and Yale. Ribbins’ house, after several remodels, still stands. 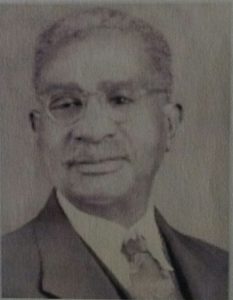 Pastor Ribbins capitalized on the standing offer from Charles Brady of the Ravenna Building Company to provide land for a church to the first minister to purchase a house in the Heights.

The men of the community dug and built a basement for the church, volunteering their free labor during the W.P.A. era. On the fourth Sunday in April of 1934, the congregation marched from The Church of God in Christ to the new church and held services their for the first time. The church consisted only of a basement, which would be the congregation’s home for the next three years. And while it has continued to grow over the years, both spiritually and physically, The Church of God in Christ structure no longer exists.

In the spring of 1937 the membership started work on the framework for what was to become the upper sanctuary. It was completed by that winter. In the subsequent years a pulpit area and a choir loft were also added. In 1970 though a major renovation occurred when a front room, church office, choir room, restrooms and a pastor’s study were added.

Mt. Olive, currently led my the Rev. Wallace Thomas, continues to serve the Twinsburg Heights community. The Heights has always been well served by its churches, with six congregations currently residing within the community, but Mt. Olive is the originator.