A mainstay of the community, a day trip for generations of school kids, and a remnant of a bygone era—Corbett’s Farm was all these things and more to the people of Twinsburg. The origins of the old home along Darrow Road date all the way back to 1826, just nine years after the area’s founding. The barn would be built in 1911, with the Corbett Family purchasing the eighty-two-acre farmstead in 1939. So it was to the chagrin of many that in 2007, the family-owned and -operated business was sold to developers, setting the wheels in motion for its eventual demise.

According to former Twinsburg mayor Katherine Procop, “The thing with Corbett’s Farm was a lot of the residents felt that the city should purchase that property, and if it had a connection to the rest of our parkland, if it had a purpose, if we didn’t already own two thousand acres of parkland, we probably would’ve considered it. The owners of the property, the Corbetts, had a certain price that they wanted to get out of the property . . . so there wasn’t a lot of negotiation room with the city.”

Once all options had been explored, the last remaining dairy farm in the county, having outlived its usefulness, was cleared acre by acre, structure by structure, until the home, barn, and silos stood alone and silent. Like many people, Marti Franks, an Aurora Shores resident and member of the Twinsburg Historical Society, “prayed for a miracle,” but with time, these structures too would fall, and the last physical traces of the farm would be gone. The nutrient-rich farmland began sprouting homes in place of the crops it once grew. In all, ninety-five single-family homes were constructed over the course of three phases, concluding in the fall of 2016. Franks perhaps put it best when she indicated that paying homage to the historic Corbett’s Farm by giving the housing development the same name was a slap in the face. “It was a sad thing for the town . . . there were a lot of plans and dreams.” 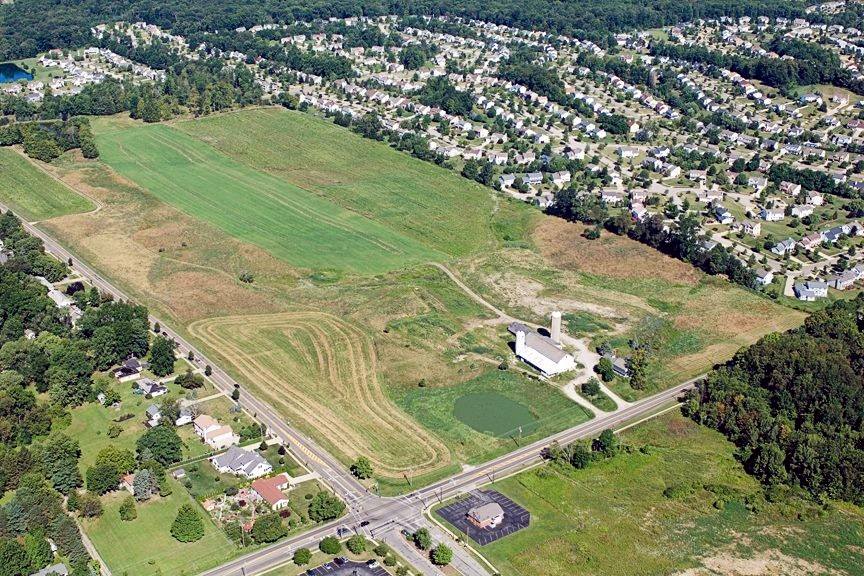 Aerial photo of Corbett’s Farm and pond, near the intersection of Darrow Road and Glenwood Drive.

While many area residents fondly recalled the earlier, more rural iteration of Twinsburg, the passage of time is an indomitable force, and progress is inevitable. Decisions once made cannot be undone. Katherine Procop said, “I think it turned out the way it was supposed to turn out.”